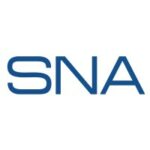 SNA International seeks a bright, collaborative, and innovative Research Chemist to work in the FBI’s Terrorist Explosive Device Analytical Center (TEDAC) Explosives Unit (EU), Redstone Arsenal, Huntsville, Alabama locations, who has a strong work ethic to join our team and work together in pursuit of the same cause: build a safe and just world by empowering organizations in the use of forensics, biometrics, and identity intelligence.

The qualified, senior level, Research Chemist supports TEDAC explosives scientists and forensic examiners in research, development, testing, and evaluation (RDT&E) of explosives and their material properties, in particular the explosive properties that affect the bulk and/or trace explosive detection of such materials. The daily duties of the Research Chemist are to support the EU and other TEDAC units that work with the EU by performing operations and logistics duties as directed by the EU Senior Scientist and Program Manager of the joint FBI/DHS/TSA program titled “Physical, Chemical, and Detection Characteristics of Improvised Explosives”.

The Research Chemist is expected to have mastery in the areas of chemistry, physics, engineering, materials science, or mathematics, sufficient to enable the Reach Chemist to direct complex studies that are focused on RDT&E problems pertinent to explosives characterization and detection is required.

The following list is representative of the types of activities and responsibilities anticipated to be performed, but are not limited to:

Candidates must be US citizens and able to pass a background check, drug screening, and a polygraph (if required).

SNA International is an Equal Opportunity Employer. All qualified applicants will receive consideration for employment without regard to race, color, religion, sex, sexual orientation, gender identity, national origin, or protected veteran status and will not be discriminated against on the basis of disability.